“Some of our viewers are complaining, they get frustrated, even angered, when they see the first family jetting around,” St. Louis TV reporter Larry Conners said to President Obama at the White House during an interview on April 12th. So, Conners asked President Obama a pointed question: how much time are you spending on vacation?

“The economy is a big issue and concern for folks,” Conners said to the President.  Viewers complain, “you’re out of touch, that you don’t really know what they’re experiencing,” the reporter said. 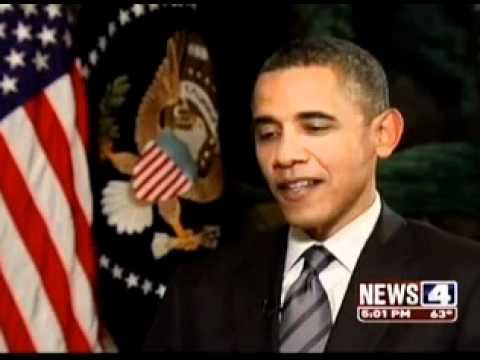 “This is the biggest job in the world and I’ve never seen a president make it smaller,” Speaker Boehner complained.

But did Boehner, Conners, Romney or West stop to compare President Obama’s vacation time to other Presidents?

Calls to several Presidential libraries reveal that President Obama’s predecessor, George W. Bush, was on vacation more — 1,020 days — than any U.S. President since Herbert Hoover and possibly more than any other President in history.

Even President Franklin D. Roosevelt, who was in office 12 years from 1933 to 1945, was on vacation less days than President Bush at 958 days.  Calls to several Presidential Libraries reveal that no President can come close to Bush’s 1,020 days on vacation in an 8 year period.  Even Lyndon Johnson, who spent 484 days at his ranch in Texas and at Camp David during his presidency, came in under Bush’s vacation time.  Some claim the cost of Bush’s frequent trips to Crawford, Texas cost taxpayers upwards of $20 million, but the numbers are hard to confirm.

A recession started in 2001 as Bush took office after 22 million jobs were created during the Clinton Administration from 1993 to 2000.  Bush began wars in Iraq and Afghanistan and presided over the loss of 4 million jobs.  The debt when Bush left office was $10.6 trillion.  In 2005, the Washington Post noted President Bush’s frequent vacations in a piece titled Vacationing Bush Poised to Set a Record as Bush took the longest single vacation — 5 weeks — of any President in 36 years.

President Bush spent 32% of his presidency on vacation.

Bush passed Reagan in total vacation days in 2005 with three and a half years left in his presidency. Reagan spent all or part of 335 days in Santa Barbara over his 8-year presidency.  Bush spent 487 days at Camp David during his presidency and 490 days at his Crawford, Texas ranch, a total of 977 days.

When you add the day’s President Bush spent at Kennebunkport, Maine, he spent a total of 1,020 days away from the White House — close to 3 years.  At 1,020 days, Bush was close to being on vacation more days than President John F. Kennedy’s total days in office (1,036).  Representatives at the Nixon and Johnson Libraries indicate those two Presidents were on vacation less than 1,000 days during their terms.

President Obama has been on vacation for 78 days from 2009 to 2011.  At the three-year mark into their first terms, George W. Bush spent 180 days at his ranch in Crawford, Texas, and Ronald Reagan spent 112 vacation days at his ranch in California.  Of course, staff was around all three Presidents on vacations and all White House aides argue that the commander-in-chief is never “out of touch” with work.

Calls to the Eisenhower and Truman Libraries reveal that those Presidents were not on vacation for more than 1,020 days.  Eisenhower was on vacation for 456 days during his 8 years in office.  When asked on whether President Herbert Hoover’s vacation days could be over 500 for 4 years a historian at the Hoover Library said, “No chance. Everyone agrees he was a grinder — he was the kind of guy for whom a vacation was rare — his vacation days were less than 50.” Hoover was in office from 1929 to 1933.  Frequently Hoover either drove himself on brief trips or was driven by a military attachment or took the train.

No President since Reagan was on vacation less than Bill Clinton. Presidents Clinton and Carter vacationed the least of any of the last seven chief executives.

All Presidents point out that work is being done on vacation.  FDR’s Presidential Library included the following note with their information on President Roosevelt’s vacations: “It should be noted that no sitting modern president, including President Roosevelt, can ever take “a vacation.” Simply being away from the White House does not constitute a vacation.  In President Roosevelt’s case, even while relaxing at Hyde Park, Warm Springs, or on a fishing cruise, he received mail, reviewed dispatches, signed and vetoed legislation, met with political and world leaders, and delivered press conferences and speeches.  During wartime, his periods of true relaxation were even fewer.”